How Can We Help?

In times of national crisis and disaster, people instinctively respond by helping out in any way they can. It is only human to be caring toward your neighbor, friend, loved one, or the stranger on the street. 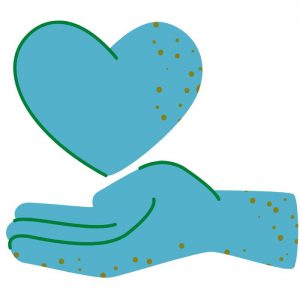 We experienced this compassion extended during the September 11, 2001 terrorist attacks and in the Hurricane Katrina disaster in August 2005. We saw this compassion recently in the California wildfires last year. Whether our crisis is spurred by war, weather, or disease, we can and do come together across America to get through it together.

Life for people living outside during this pandemic is particularly hard. One day, their concerns evolved around where to shelter from the weather, how to get a hot meal and naturally, finding a bathroom. The next day, our world as we know it turned upside down. Life was disrupted for “normal” folks. Life for people experiencing homelessness became turbulent.

Typically, people often long to gather, find solidarity and solace in numbers, and a willingness to help those in need. Yet, we are told to stay home. We are mandated by state government to stay home to stay safe.

Where do people go during Stay at Home Mandates when they don’t have a home to stay home at?

Crisis: Where is home?

And how do we help persons who don’t have a home when we need to stay safe?

As we remember those who are at an especial disadvantage, how do we help?

So far, being smart and wise and careful includes following CDC guidelines, and readjusting our routines. Increased handwashing, face masks, and limiting our trips from home have quickly become commonplace. Social service agencies are stepping up to help. Yet, they too, are facing growing uncertainty, and curtailing many programs and volunteer programs to protect not just themselves, but the vulnerable populations they serve. There are useful ways for us to help those disadvantaged.

There are several ways to help. Some ways don’t require us to leave home. In other ways, we help while following CDC guidelines to stay safe, as pictured above.

One way to help is to set up a table in an area or downtown street that is known to have homeless encampments. On this table, place useful items such as travel sized hand sanitizers, high energy juice drinks in single-serve containers, clean towels, and pamphlets that tell where to find local help. Any items that you can spare and believe would be helpful are ideal. You don’t need to stay at the table. ‘Just let folks help themselves. (A girl in my Northern Kentucky area, with her parents okay, did just that).

(2) Monetary donations to social service agencies, both locally and nationally are always welcomed and useful, more so during a national crisis.

(3) Donate items to a social service agency. These items could be purchased online and directly mailed to the agency. Or, if the agency is accepting hand delivered items, you could go that route. Items in need during our COVID-19 crisis include:

I think in every sense, as a community, we can continue to be present with each other in a variety of ways. We can let our neighbors who are experiencing homelessness to know that they are not forgotten. I am often looking for a way to not only help, but to say thank you. “Thank you for everything you’ve done for me, thank you for your support as I emerged from my own days of experiencing homelessness.” This post and these ideas are but a small way for me to show my appreciation.

I am focused on life today, yet my memories of the crises behind me live on in my memories. A prevalent memory is from our National State of Emergency which followed our 9/11 terrorist attack. Here, below I share part of my story:

An excerpt from My Tower to Freedom, published in Anthology 2016 by Covington Writers Group.

I spooned instant coffee into my cup. It was already grimy with old coffee film because it had been a few days since I last wiped it out. Luke-warm water from my plastic jug helped the grounds dissolve as I swirled it good. I pulled a pen from my pack’s side pocket and a opened a day-old newspaper to scour its classified ads. I drifted into “what ifs,” but was then jarred back to reality by a man’s deep voice.

“Hey, anybody home in there?”

I grabbed my hammer from under my pillow. It was just behind me at the back wall, not that I ever used it, but I had to be ready for the unknown. Whoever was out there was close, and louder.

I unzipped my tent and looked out. “Ya?”

“You best get to a TV or radio or something for news. We just got attacked.”

He backed up a foot. “Our country—terrorists planes just flew into the Twin Towers in New York. Our country is under attack.”

I dropped my hammer to the ground. “Oh no-Are you sure?”

“I just thought you should know.”

He backed up another two steps then turned toward the street. I trampled my own path through the yellow grass as I followed beside him and said, “Tell me more.”

“All I know is two airplanes got hijacked by terrorists and crashed into the Twin Towers. Both Towers. From what I saw on TV, it’s bad. Real bad.”

I ducked from a low hanging tree branch. “The planes-how could they just crash into a building?”

“They flew right into our buildings.”

Foxtails and burrs got stuck in my sandals as I walked, but I stayed close to him. “How many people died?”

We had about another forty yards to go and were still hidden from street traffic. Well, not hidden, but far enough back to go unnoticed. I asked, “what happens now?”

He shook his head as if to say no or oh no or I don’t know. I didn’t know what more to ask but wanted to know more.

We were almost to the street. The tall grass was behind us and only dandelions, thistles, and hardened patches of dry dirt remained ahead. I kept up with his quick paced steps. My kindly stranger turned his head to me and said, “I have to go but you take care and get to a TV or radio like I said.”

Where did he think I was to find a TV? I was homeless.

–end of excerpt, by Elle Mott.

*Minor revisions have been made. Read the full story in the anthology, available on amazon.com, linked directly from my Publications Page.

Please share in the comments how you have helped or of any other ways you know of to help. It is a community thing, to come together in a crisis.

(Cincinnati area)
Greater Cincinnati Homeless Coalition
117 E. 12th Street, Cincinnati, Ohio 45202
(513) 421-7803
This coalition has a wealth of information in how you can actively help the fight against homelessness as well as how to help those in immediate need. https://cincihomeless.org/

Homeless Shelter Directory of Helping the Needy
If you are in other parts of America and need a resource to point you where help is needed, this website is user friendly. It opens with a map of the United States—click on your state and from there, find out where to go and who to contact. https://www.homelessshelterdirectory.org/ 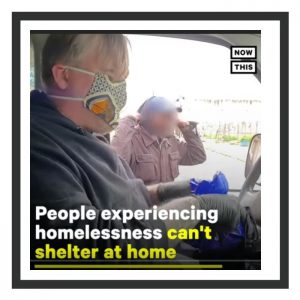