International Women’s Day: Sunday, March 8, 2020 and the start of a week dedicated to women. It is a global day celebrating the social, economic, cultural and political achievements of women. It is a call to action for accelerating gender parity with the year 2020 being pivotal as it marks the 100th anniversary of women’s suffrage. Hence, this day’s theme of  “I am Generation Equality: Realizing Women’s Rights” 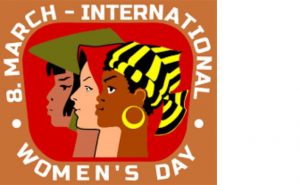 Here, in America, in 1980, President Jimmy Carter issued the first presidential proclamation declaring that every year, this week in March be recognized as National Women’s History Week.

In my activism for realizing women’s rights, I began this new year in attendance at Cincinnati’s Women’s March on January 18, sponsored by United We Stand. This gathering with speakers and a march was our action call in our rededication to the international movement of women’s strength, power, and determination. 2020 is politically a crucial year in our work to elect progressive candidates who represent women and equal rights.

Brisk wind, rain showers with intermittent drizzle and the sun hiding behind clouds engulfed the day. This event was held at Sawyer Point Park on the riverfront facing Kentucky. I arrived in the early morning and helped people-power a booth with an area organization, of which I recently accepted an elected board position within the fight for equal rights. Many local organizations also had booths, each offering informational pamphlets, spurring discussion.

At noon, the speeches began from the bandstand. One by one, each took the microphone for about ten minutes. We heard from political candidates, women’s health care representatives, association leaders, and young equal rights activists.

Then the march began. It was a one-mile march through the downtown streets, circling back to Sawyer Point Park. Some marchers carried signs for local women candidates, while others carried signs which gave a more general message.

As downright chilled as I was from the unrelenting weather, I stayed with my booth. The dampness which had soaked me to the bone reminded me of yesteryear days, when homeless and cold and there was nothing I could do to warm up and get dry. I stuck it out, though, staying until early afternoon.

Throughout the day, I saw hundreds of people, yet few stayed for the entire duration. It was just too cold of a day. I’m indelibly grateful and impressed by those who showed up for their moment in the wet cold day to be a part of this action.

Realizing Women's Rights: At At V-Day / Raise the Vibration

The Women’s March in January moved me into February, where on the 21st I participated in the annual V-Day Event, locally hosted by Women Writing for (a) Change and celebrated world-wide. In this evening, people gathered to hear spoken monologues in the fight against gender-based violence. I was one of 19 presenters. Proceeds from the event’s tickets will go toward victims of domestic abuse and will support causes to end violence against women and girls.

In my spoken monologue, I shared how life was for the average American woman before universal suffrage, how opportunities then opened up through voting power, and how, now in the 21st century, complacency occurs.

Much of what I shared came directly from the words of a woman, who anonymously wrote her memoir, A Farmer’s Wife, which was published in a 1905 issue of Independent, which was a weekly American magazine from 1848 to 1928 as a voice in support of women’s suffrage.

V-Day, is a non-profit 501c3 corporation and as stated on their website, “V-Day is a global movement of grassroots activists dedicated to generating broader attention and funds to stop violence against women and girls, including rape, battery, incest, female genital mutilation (FGM) and sex slavery.”

In essence, V-Day is an artistic uprising meant to serve as a mechanism to move people to action. It has educated communities, raised social consciousness, and has changed laws to protect women and girls. It is meant to reach, inspire, and transform people with social and cultural change.

We are in a call to action:

Poverty, racism, environmental conditions, and war are often key factors in the ignorance or defiance concerning the problems worldwide which have yet to eradicate violence against women and girls and to instead, advocate for their rights. These problems occur in the home by entrusted family members; it happens in the streets by strangers; it is created by acquaintances, and it is found in every economical class, from suburban family homes to inner city streets to homeless camps to the White House and beyond.

Whether on the front lines in a march for women’s rights or whether we attend or participate in an event which raises awareness of women’s issues, we all have a responsibility to advocate for a just society that will realize women’s issues through guaranteed equal rights.

How are you realizing women’s rights in this month of March as we celebrate Women’s Month? Please share in the comments.

The National Women’s History Alliance, an organization which promotes Women’s History and is committed to the goals of education, empowerment, equality, and inclusion.
https://nationalwomenshistoryalliance.org/our-mission-statement/

United We Stand – Cincinnati, a movement of progressive, non-denominational people from diverse backgrounds joined together to fight injustice, oppression and inequality for all.
https://unitedwestandcincy.com/about/mission-vision/

V-Day, a global activist movement to end violence against women and girls. https://www.vday.org/about.html 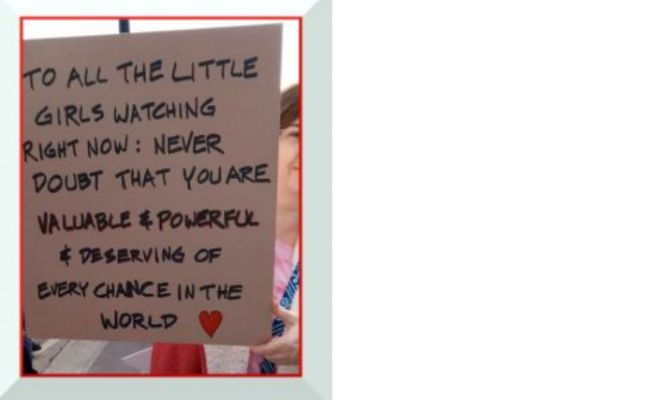